Gladiolus is a perennial that grows from corms and produces attractive, colorful flowers.

Adequate watering is essential. Hence, it’s best to grow gladiolus in a pot with good drainage. I use the HOMENOTE self-watering pot (on Amazon). It’s quite cheap. Check the price on Amazon here.

When growing Gladiolus, it’s essential to know what stages they’re in at any given time so that planting can be timed accordingly.

It takes about eight months from sowing gladiolus seeds to having mature ready-to-flower bulbs.

Here are the 8 primary stages, each illustrated by a different photo.

The root system is one of the most important aspects of a plant’s survival and growth. The roots provide stability to the plant while growing, and they absorb water and nutrients that will help with its growth.

This phase needs plenty of moisture to encourage root development and a temperature between 60-80 degrees Fahrenheit.

The plant should be kept in an area with good air circulation at this time but still offers some shade from direct sunlight because of its foliage.

Root development is usually complete when the roots have filled out the pot and will not accept more water or nutrients. This stage can last a few weeks, but once the roots are established, it’s ready for its next phase of growth, called foliage production.

At this time, the plant should be kept in moderate to bright sunlight but no direct sun because it needs to produce its foliage or flowers during this phase.

If there is too much sun exposure, it will only encourage leaf growth without producing any flowering flower heads.

Foliage production takes several months, depending on how large you want your final flower head to be. Keep in mind that if you let them get huge, they will become ungainly and need staking.

During this phase, the plant should also be fertilized regularly to build up good strong foliage, but not so much that it encourages lots of leaves at the expense of flowers. If you provide too much fertilizer during this time, without enough sunlight can weaken the flower later on.

When it’s ready for flowering, which is usually about two months after proliferation (heading), it should be in full sun all day long with no shading. It needs lots of light available because there will not be enough energy to produce flowers without enough sunlight.

During this phase, it also needs lots of warmth; 70 degrees Fahrenheit is an ideal temperature to flower.

Once they start flowering, you will notice that the leaves will become smaller and less abundant. When this happens, stop fertilizing because too much can affect the coloring of the flowers, which usually occurs during its final stretch. 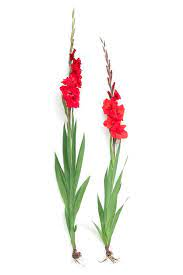 After all that growth, now through stretching, it’s time for your plant to produce its flowers. Although there are still some leaves on the flower stem at this stage, these will soon be shed as it develops.

This phase can last between two weeks to three months, depending on how long you want your blooms to last.

This is the most crucial phase because if you don’t encourage stretching or it gets too much sun and heat at this point, the flowers will go to seed, and that’s it for this year.

During this time, you need to give your plant lots of water but not during proliferation (flowering) because wet soil can cause fungal problems such as crown rot.

Also, try not to use any fertilizer as this can affect flowering and inhibit root development later on.

The good news is that your flower heads are now beginning to appear! But now, we need to start encouraging those flower heads into forming buds by keeping the plant in a cooler, dark place with less water.

During this phase, it doesn’t need as much water as before, nor does it require direct sunlight or fertilizer. Reduce all these things gradually to avoid stress

There are now flowers on your plant! To encourage more bud formation and increase the chances of good coloring, reduce watering, keep the plant in the dark place, and reduce fertilization.

This can take up to two weeks, but you should now be able to see how many blooms you have on your flower head.

If there are any brown patches around the edges of some of your blooms, try spraying them with a fungicide because if left untreated, they could spread throughout the whole head causing all buds to fail.

Also, if there is lots of growth on the flower head, the show may be over for this season; if they can’t support all that foliage and need staking, then go ahead and do it.

Once you’ve removed your spent blooms, don’t stop removing them until the plant produces new flowers. This helps encourage more vigor and flowering later in summer; we call it rejuvenation, which means removing spent blooms before they turn brown.

The best time to deadhead is during mid-morning when the blooms are young but not closed yet. If you remove all of them at once, there won’t be any photosynthesis going on, so wait a little while between each one, so your plant still gets a chance to feed itself.

By now, the plant has finished producing flowers for this season. It’s time to rejuvenate it by removing all spent blooms before they dry up, fall off, or turn brown.

This will also stop any pests attracted to the dead flowers (and who could blame them).

Don’t remove too much foliage at one time, though; you still want your plant to photosynthesize through its foliage during late summer, so limit the amount you remove at each rejuvenation scraping, which means eliminating old flowers without digging up too much of the plant.

For most garden varieties – early summer until fall (zones 3-9). Some species bloom later, while others bloom earlier in spring before warm weather arrives.

Depending on climate conditions and species, the plant will grow either above or below the soil surface. Gladiolus does not tolerate waterlogged soils for long, so sites should be well-drained. There is no specific fertilizer requirement for this plant, provided soil pH levels are moderately alkaline.

By seed or corm offsets (bulblets). Seeds are generally sown directly in the open ground in late summer to early fall. Gladiolus can be grown from corms, both small ones called bulbils and larger divisions of the parent corm called cormels.

Bulbils are produced around the base of lower leaves, usually single but occasionally double. Each bulblet should have one mature leaf bud when planted out.

They can be removed when 5-6 leaves are well-formed and then planted in prepared spots during the growing season or left in pots until they have at least six leaves before planting them out.

Planting depth is just below the soil surface with the uppermost buds exposed. Cormels are produced when corms are divided into sections. Each section will become a new plant, leaving older corms behind to wither away after it finishes flowering for the season.

They are long and slender with flattened nodes. The leaves grow in spirals along the stem. Plants may have few or many large open flowers on each stem, depending on the variety.

Flower stalks are called scapes, and they are erect or arching with evergreen or deciduous foliage leaves arising at the base of the scape on the basal part of the corms. The aerial bulbils produce some species.

They are usually found at the tips of the scapes with no open flowers.

They are funnel-shaped, fragrant, and vivid colors of red, orange, purple, or yellow. The flower stalk or scape is thickened just below the flower cluster.

Flowers have six tepals fused at the base, forming a tube that divides into three petal-like segments above which are three stamens attached to the underside of corolla lobes; ovary inferior with three chambers (formed by splitting of single carpel), each bearing a flat disk-shaped seed.

The subterranean modified stem on which leaves and buds arise along its entire length. Corms provide the main vegetative structure for the gladiolus plant; they increase in size each year. Corms are rounded and more elongated in some species.

Gladiolus is a perennial plant that produces new corm each season; this helps with propagation through seeds or offsets called bulblets (also known as bulbils). Corms, like bulbs, can increase by the division of larger corms into smaller sections.

Each section will become a new plant, leaving older corms behind to wither away after it finishes flowering for the season.

They are straightforward to grow but need well-drained soil. The corms can be lifted after flowering and dried for storage.

The dry corms will keep (under the right conditions) for years, to be potted up when they must be renewed or when better flowering is desired in new plantings.

How often should cut Gladiolus flowers be watered?

Freshly cut gladiolus flowers should be watered as soon as possible after they are brought indoors. An excellent way to do this is by placing them in a vase of water and putting the vase on a saucer. This way, any excess water can drain off and won’t harm furniture or floors.

One of the most important aspects of growing gladiolus is providing plenty of sunlight. This light should be full-spectrum so that it can contain all colors from violet through red and blue.

If you put them outside in your garden during the summer, the optimal placement would be 8 to 10 inches away from the base of the flower stalk.

If they are grown indoors, then place them about 12-15 inches away from the south or east-facing window, where they will receive full sunlight for at least part of the day every day.

Another essential aspect is watering your gladiolus flowers. When the soil feels dry, you should water it again with at least 2 gallons per plant (per every 3 ft of height).

You can grow them in pots containing-containing lots of humus (soil) mixed with sand for good drainage and proper nutrients.

Just make sure that your pot has enough room for its roots to spread out because these plants like to move around during their growing season.

If the water puddles on top of your soil, you should consider adding more sand or humus because too much moisture can cause damage.

Then there’s fertilizing. You don’t want to overdo this, but it is a good idea to fertilize them about once every ten days during their growing season (after flowering until all florets have dropped off).

Just use two teaspoons of any kind of slow-release flower fertilizer can and mix them into the soil before watering it again – this will provide nutrients that help them to grow and produce lots of fresh blooms for you.

The last thing we’ll talk about today is pest control and gladiolus flowers. Their biggest enemy here is aphids, but there are ways to keep them under control.

One way is to spray your plants with insecticidal soap because it will kill their eggs too.

The other thing you can do is to cover the bottom of your plants with aluminum foil or a copper mesh because these insects don’t like either one of those materials.